The Story of Antonov AN-225

The Story of Antonov AN-225

Produced in the 1980’s, Antonov’s AN-225 ‘Mriya’ was the world’s largest aircraft before it was destroyed following a missile attack on Hostomel Airfield, near Kyiv, in February 2022. The company that designed and manufactured the aircraft, Antonov Design Bureau, is a Ukrainian company. As such, the AN-225 was a symbol of national pride for Ukraine. Its name, Mriya, means ‘dream’ in Ukrainian.

The strategic heavy lift cargo transport aircraft was the heaviest operational plane in the world, with a maximum take-off weight of 640,000kg (1,410,958lbs). It was designed to carry twice as much as a Boeing 747 Freighter, with a maximum payload of up to 250,000kg.

For aircraft enthusiasts – the AN-225 was incredibly popular, and its destruction marked a sad day for the aviation industry. To pay tribute to this incredible example of aviation machinery, we’re going to look back over the story of the Antonov AN-225 Mriya. 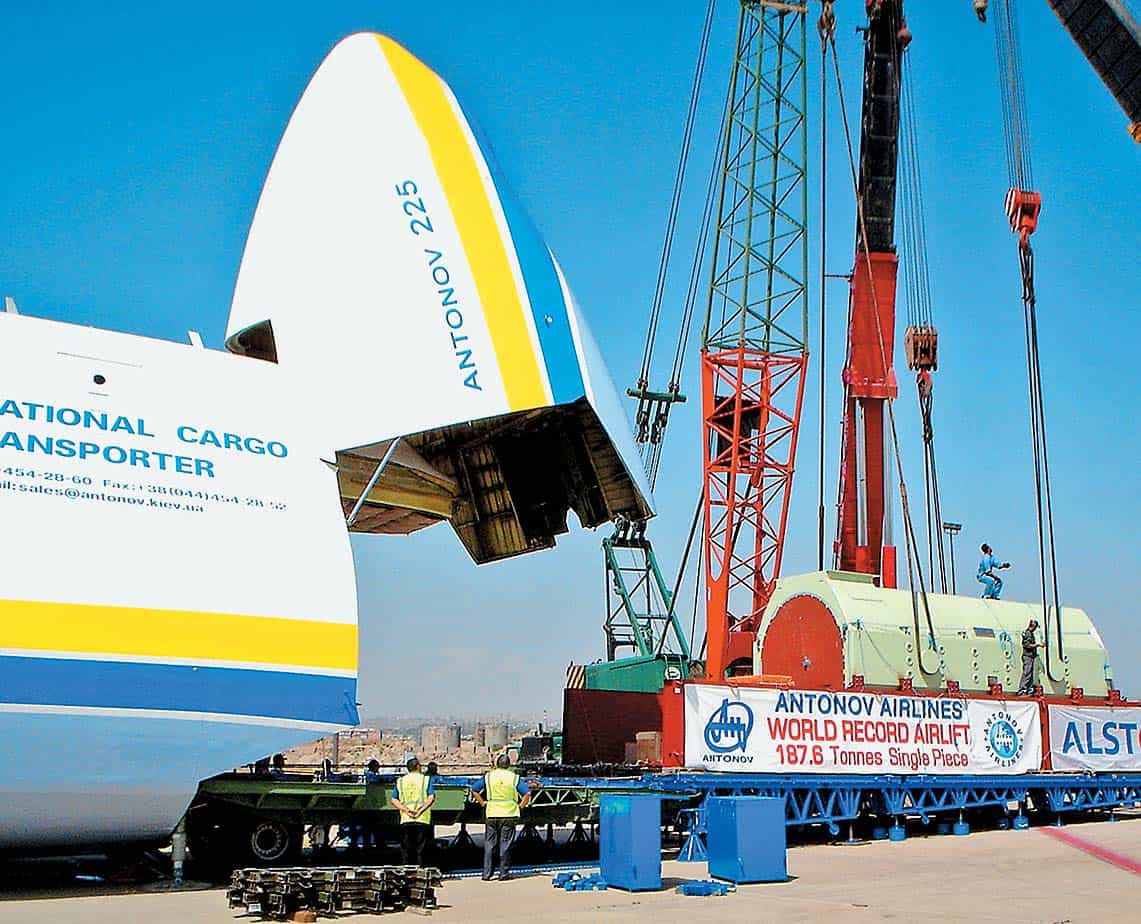 A brief history of the Antonov AN-225

The AN-225 Mriya was built throughout the 1980’s before taking its maiden flight on 21st December, 1988, when it took off from the factory aerodrome in Svyatoshyn. While two AN-225 aircraft were built, only one of them was ever built to completion.

The AN-225 entered commercial services in 2001 where it was used for both civil and military operations, including specialist cargo flights, thanks to its unique payload capacity.

The AN-225 was designed and developed as a larger version of the AN-124, which was also manufactured during the 1980’s. Today, there are twenty-four AN-124s in service, and they are used to transport cargo all over the world. The AN-124 remains one of the largest flying commercial aircraft in the world.

When faced with the concept of moving the Buran space shuttle on a cargo transporter, engineers from Antonov Design Bureau based the design of the AN-225 on the AN-124, time and money was saved on the development process by simply taking AN-124 design and amending it. Some of the key design differences are as follows:

The interior of the AN-225 comprised of the main cargo deck, including an internal gantry crane capable of moving a 33-ton load. It had a length of 43.4m, 6.4m wide, with a height of 4.40m. It could carry oversized freight weighing up to 250,000kg. The AN-225 also used the AN-124s nose gear, which allowed it to kneel so that cargo could be easily loaded and unloaded.

The AN-225 main commercial purpose was for mobilisation of enormous cargoes quickly and efficiently. It was used for air charter transportation of oversized and extra heavy loads worldwide. It has 242 world records to its name and was the inspiration for the Antonov Airlines slogan ‘No other name carries more weight.

As well as heavy & outsize cargoes. the AN-225 was often used to airlift humanitarian aid. After the Haiti earthquake in 2010, it was mobilised to deliver relief supplies to the Dominican Republic.

The AN-225 was also heavily utilised during the COVID pandemic, owing to its superior cargo volume of 1,050cbm. One flight saw the AN-225 carry 150 tons of medical supplies from France to China to help combat the virus.

The 5th February 2022 marked the final take-off for the An-225. The aircraft departed from Billund in Denmark, where it set out for its home base of Hostomel (or Gostomel) Airport, located on the outskirts of Kyiv, landing at 17:30 EET after a flight time of 2 hours and 5 minutes. Following this flight, the aircraft was scheduled in for routine maintenance. 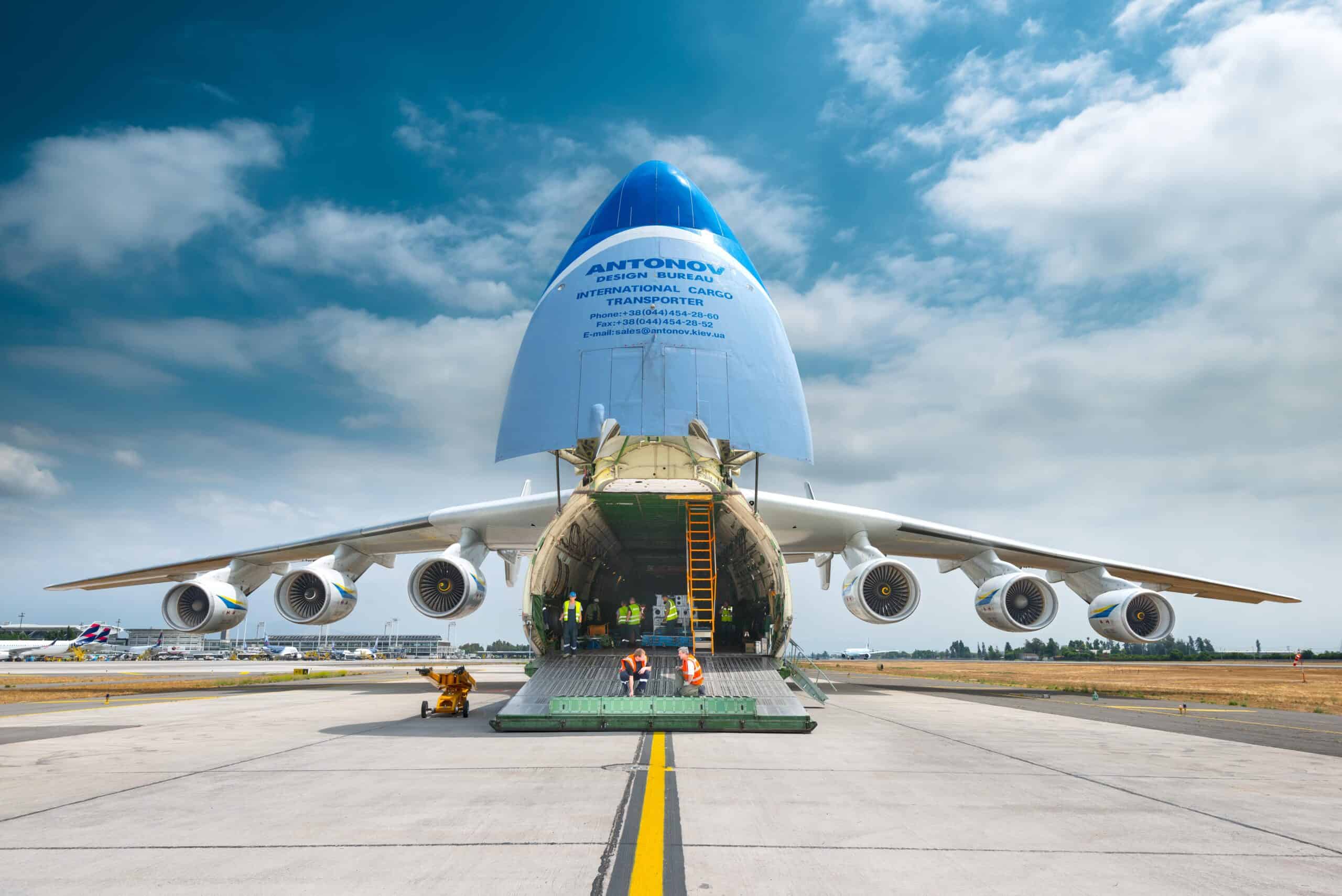 The destruction of the AN-225

A full-scale military invasion of Ukraine began on 24th February 2022. On this day, fighting took place at Hostomel Airport (GML) a battle which was later called the ‘Battle of Antonov Airport’. It lasted until the following day, resulting in the destruction of the airport.

Drone images began to be released, showing severe damage to the hangar where the AN-225 was undergoing maintenance. On 27th February, the Ukrainian government confirmed that the aircraft had been destroyed.

The An-225 gained a cult following due to its one-of-a-kind status. Large crowds of aviation enthusiasts would gather at airports to watch it land. Without a doubt, its loss will be felt immensely in the aviation world.

On the 2nd of April 2022, Ukrainian troops regained control of Hostomel airport. It was only then that the level of destruction was revealed. Dmytro Antonov, the chief pilot of Antonov, published a video on Youtube where he showed the amount of destruction caused.

The Ukrainian government promised to rebuild the aircraft, and just recently, Antonov revealed that the building of a new AN-225 is taking place in a secret location. The reconstruction is estimated to cost around $500 million.

To help fund the project of rebuilding this epic aircraft, a Ukrainian start-up called Metal Time is selling design kits of the AN-225 that cost $179 each. Together with Antonov, Metal Time supports Ukrainian aviation rebuilding programs, including:

The general director of Antonov, Yevhen Havrylov, has announced that 30% of the assembly of the aircraft had already been completed. It has been built using parts from the unfinished second An-225, as well as parts from the destroyed plane, in addition to new components. The Ukrainian people will ensure that – like a phoenix – the Antonov An-225 will rise from the ashes.

If you’re looking for an affordable cargo option to transport goods to an international or domestic destination, get in touch to speak to one of our air cargo specialists. 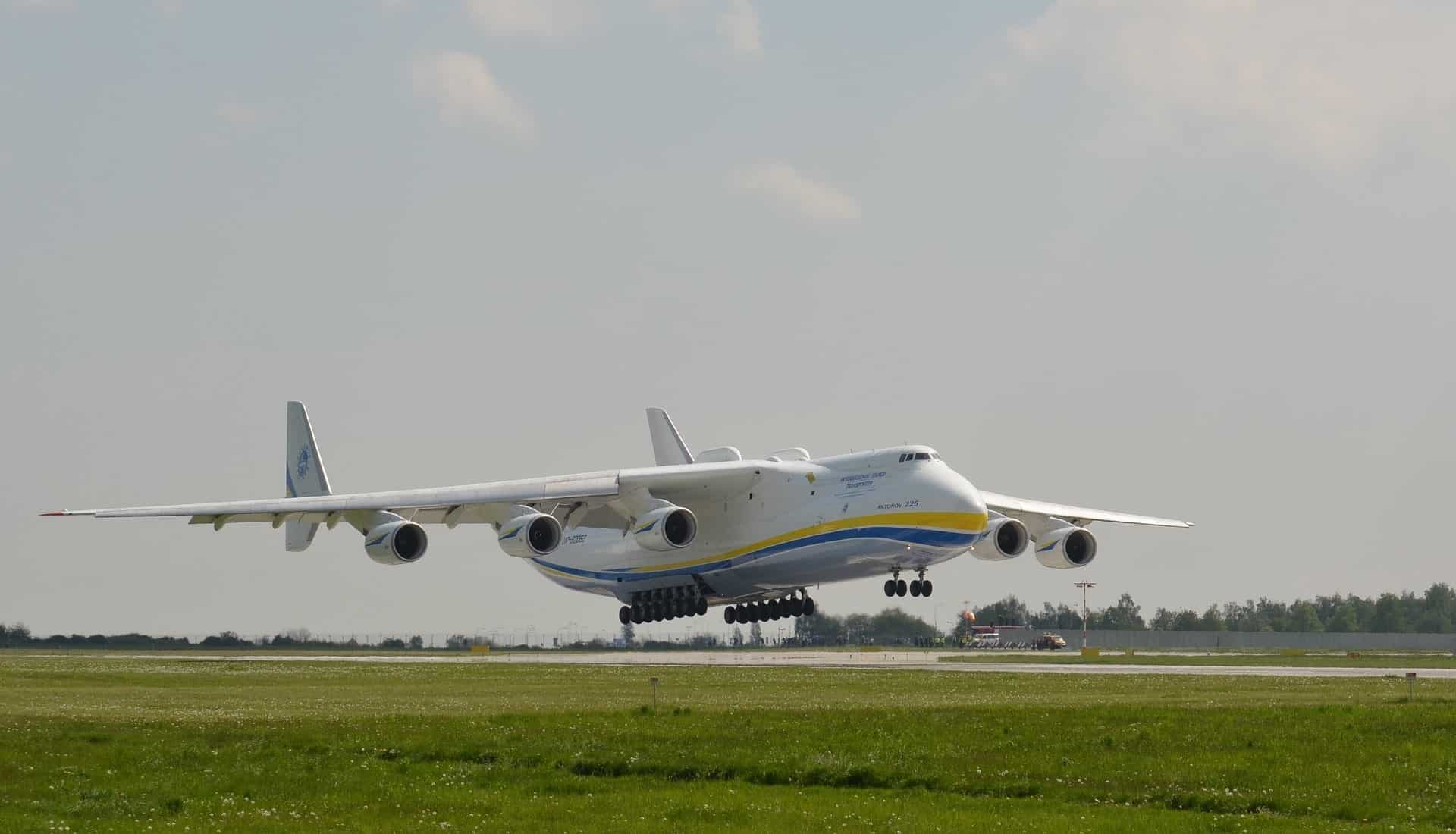 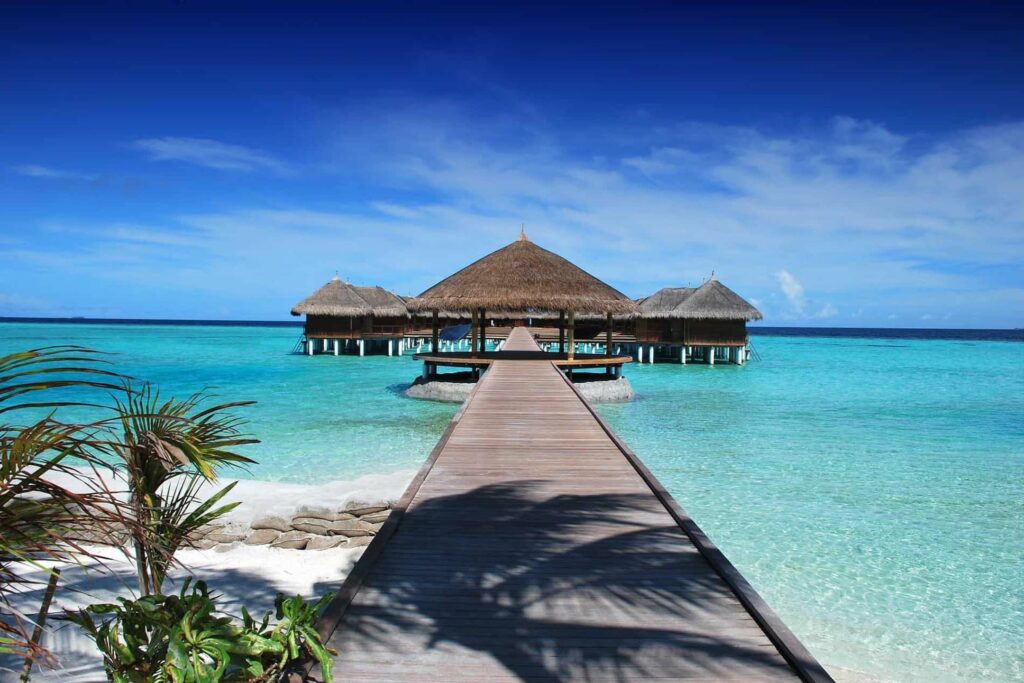 A 2023 Guide To The Top Travel Destinations

If you’re looking for travel inspiration for 2023, then look no further. We’ve curated…
View More 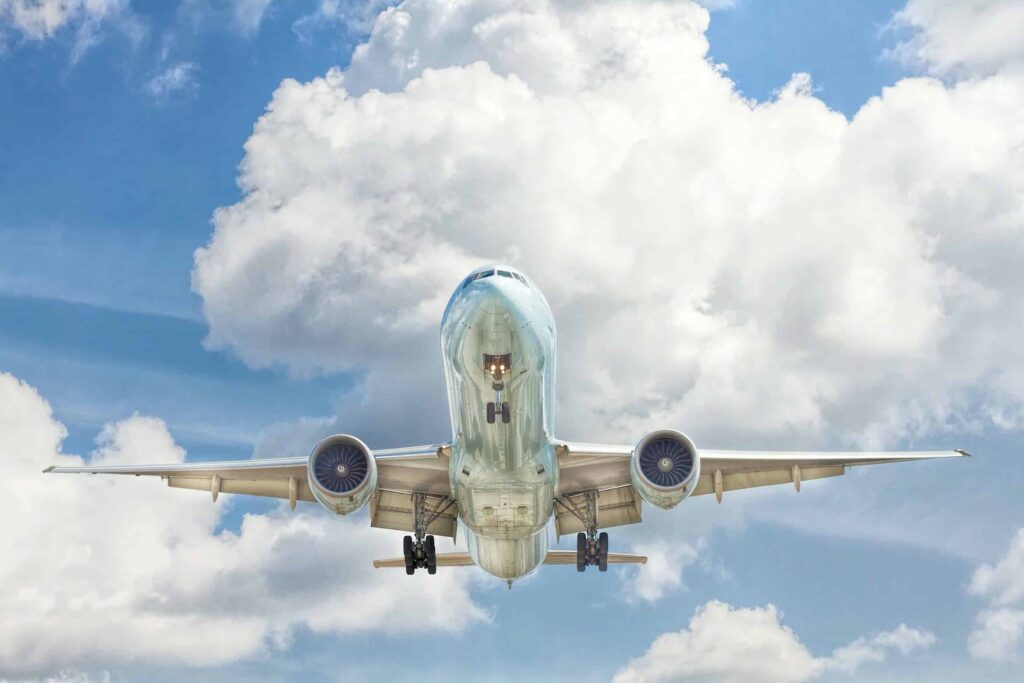 A guide to group air charters

When transporting larger groups or parties – whether for a sports event, music tour,…
View More

A guide to private jet hire 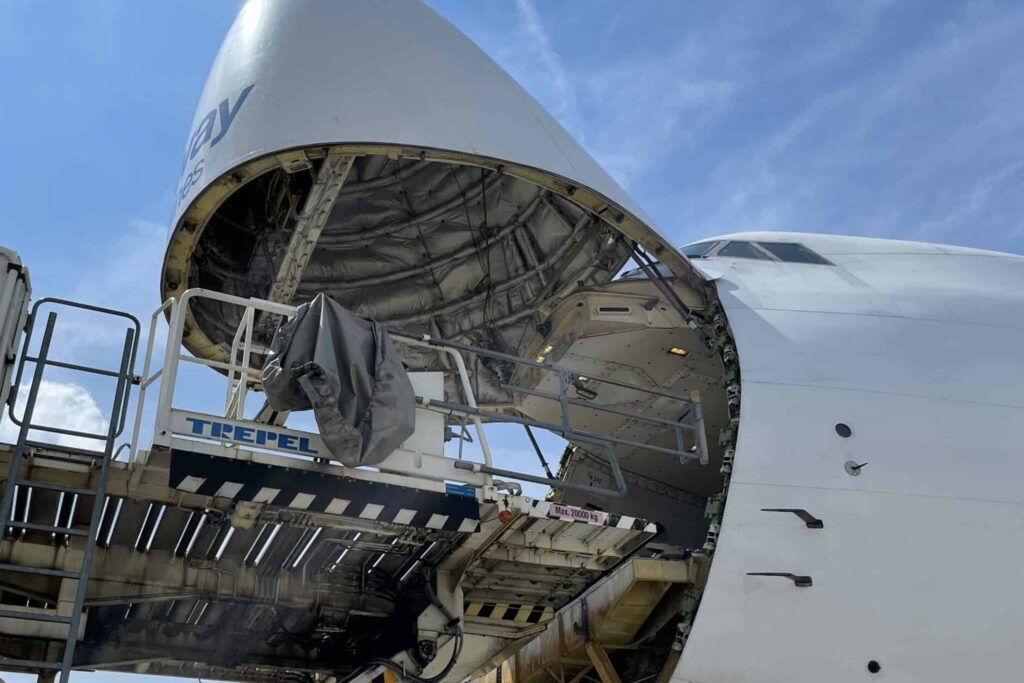 What is cargo insurance and when do you need it?

As with everything in life, even the most carefully prepared plans can encounter problems….
View More

Request a Free No Obligation Consultation from Us Today!

Please use the form below to send us a request.